Since Blue Group was formed eleven years ago, the company has always been a major exhibitor at the RWM show, taking this valuable annual opportunity to showcase new product launches to the UK market and to network with new and existing clients. This year was no exception and, following a bold decision to break from their usual outside display by taking one of the biggest stands inside the Hall, Blue Group reaped the rewards with sales worth over £2m confirmed over the three-day show.

Group company BlueMAC, designers and manufacturers of tailor-made MRF systems and equipment, made a scintillating UK show debut at this year’s RWM in the wake of remarkable success since its launch late last year. Most of the two-storey stand itself was constructed from BlueMAC MRF elements and not only were two BlueMAC bespoke MRF plants sold at the show but also the new BlueMAC Mobile Eddy Current metals separator caused quite a stir! Numerous demonstrations of this latest development from BlueMAC were requested with several sales expected pending successful trials.

Other new products and distribution partnerships also featured on the Blue Group stand at RWM. One Seven recycling plant fire suppression systems from Germany, being seen for the first time in the UK, created considerable interest and two installations were sold at the show. Blue’s newest distributorship for Hartl screening and crushing buckets saw the launch of the new HBC950 jaw crusher bucket on the stand, again to much acclaim and interest from visitors from both the demolition and recycling industries.

Commenting on the event, Blue Group’s chairman Pat McGeary said “Without doubt this has been our most successful RWM exhibition and the most productive trade show in our history. The new products and distributorships we launched at RWM, together with our established ranges displayed so effectively on our excellent two-storey indoor stand, gave our team the best possible platform to take advantage of this annual industry showcase.” Mr McGeary added, “The gratifying resurgence in the industry means that everyone is busy and time is of the essence so, on behalf of the whole team at Blue Group, I would say a huge thanks to all those who took the time to visit our stand throughout the event and we look forward to welcoming you all again at next year’s show.” 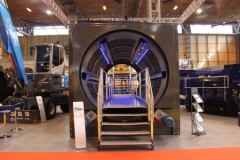 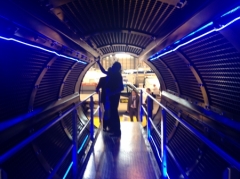 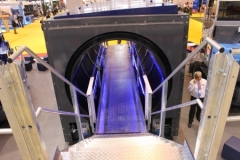 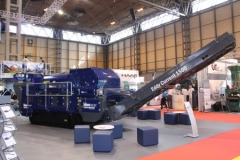 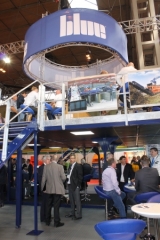 BlueMAC Manufacturing is well known for producing high quality, reliable machinery and it is our ethos to work closely, and develop lasting relationships, with our customers long after the initial sale. BlueMAC are fully accredited with ISO 9001, 14001 & 45001 certifications and so we are able to provide complete assurance of build quality.